As a compact and power-saving single-board mini-computer, the Raspberry Pi is suitable for a wide range of projects, be it as a media center, web or cloud server, for home automation or – thanks to its freely programmable GPIO interface – for a variety of other ideas. One of them is to turn the RasPi into a retro gaming console.

The computing power of the computer dwarf is more than clearly sufficient for this task. With RetroPie [1], a Linux distribution based on Debian is already dedicated to this very topic. The software combines a large number of emulators, from the Amiga to the NES to the Z Machine, under a uniform graphical user interface.

The RasPi as Game Boy
Now, however, hardly anyone can be lured out from behind the stove with a game emulator. Corresponding programs for Linux, Mac and Windows have been around for years and have already been discussed enough. However, an English blog made our author aware of the topic again.

A RasPi with a large 3.5 inch display in the housing of a classic Game Boy of the first generation: With RetroPie as operating system, the good piece becomes the Super Pi Boy. Using the Game Boy’s control pad, numerous classic games can be played on the go and, above all, in style. This article will help you with the implementation of the project.

Preliminary work
The first thing to do is to draw up a plan: What should the retro Game Boy be able to do, what do we want to improve on the Super Pi Boy template? In the end, the following optimizations were on the plan: On the back, four instead of only two push buttons should offer more possibilities to control the RasPi. On the side, another button allows quitting the emulation and returning to the main menu. Screws are supposed to hold the case together securely, the Super Pi Boy is supposed to manage without tape. Last but not least, a transparent cover protects the display from dirt and scratches.

After that, an extensive shopping tour through various online stores is on the agenda. Hobbyists will find most of the tools they need in their hobby workshop, and the components needed for the project can be found on Ebay or Amazon for a few euros (see table “Required components and tools”). All in all, the costs including a new Raspberry Pi amount to no more than 100 euros. The Game Boy that serves as the basis can be defective or already cannibalized – for the Super Pi Boy, you only need the housing. 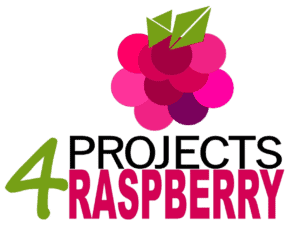